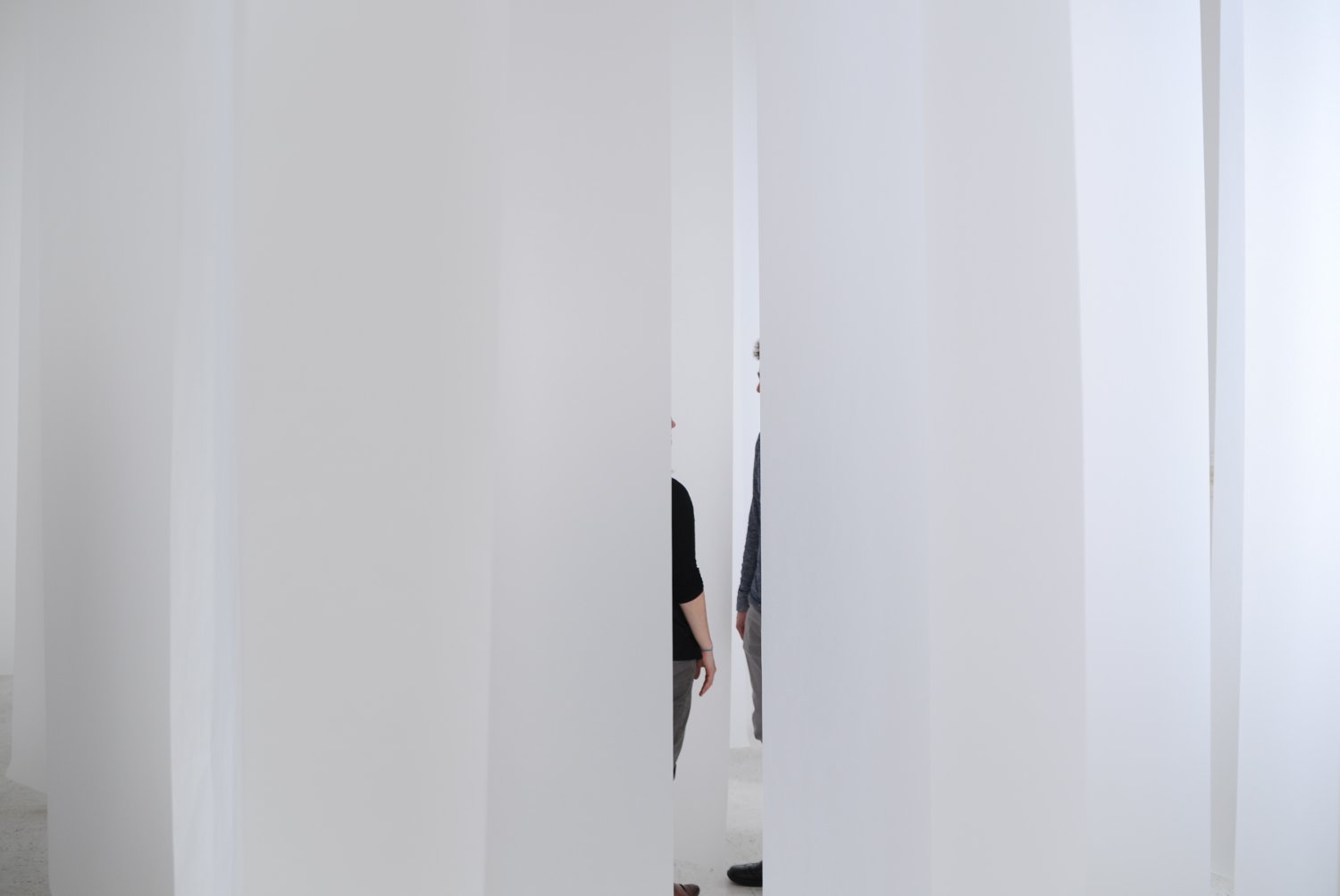 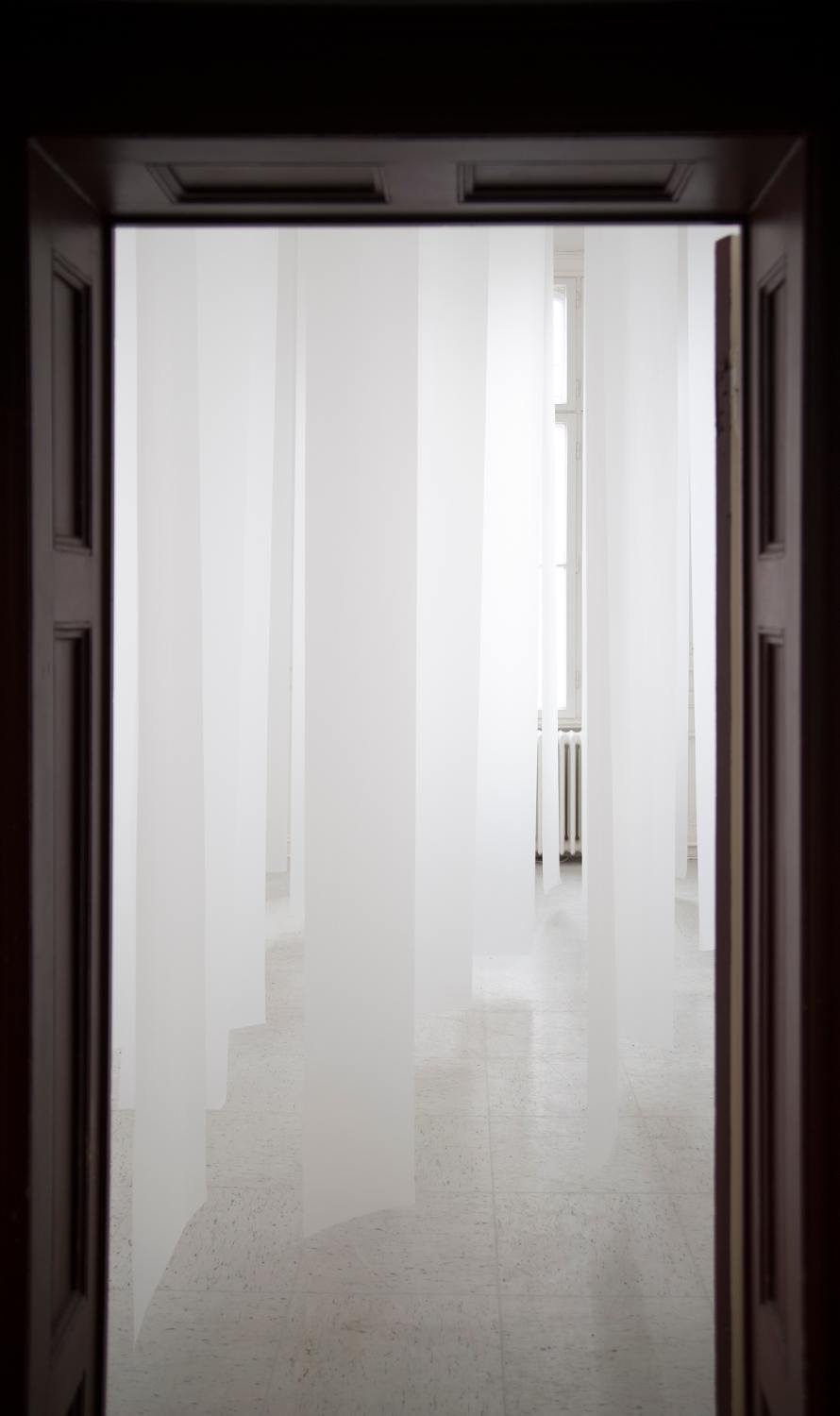 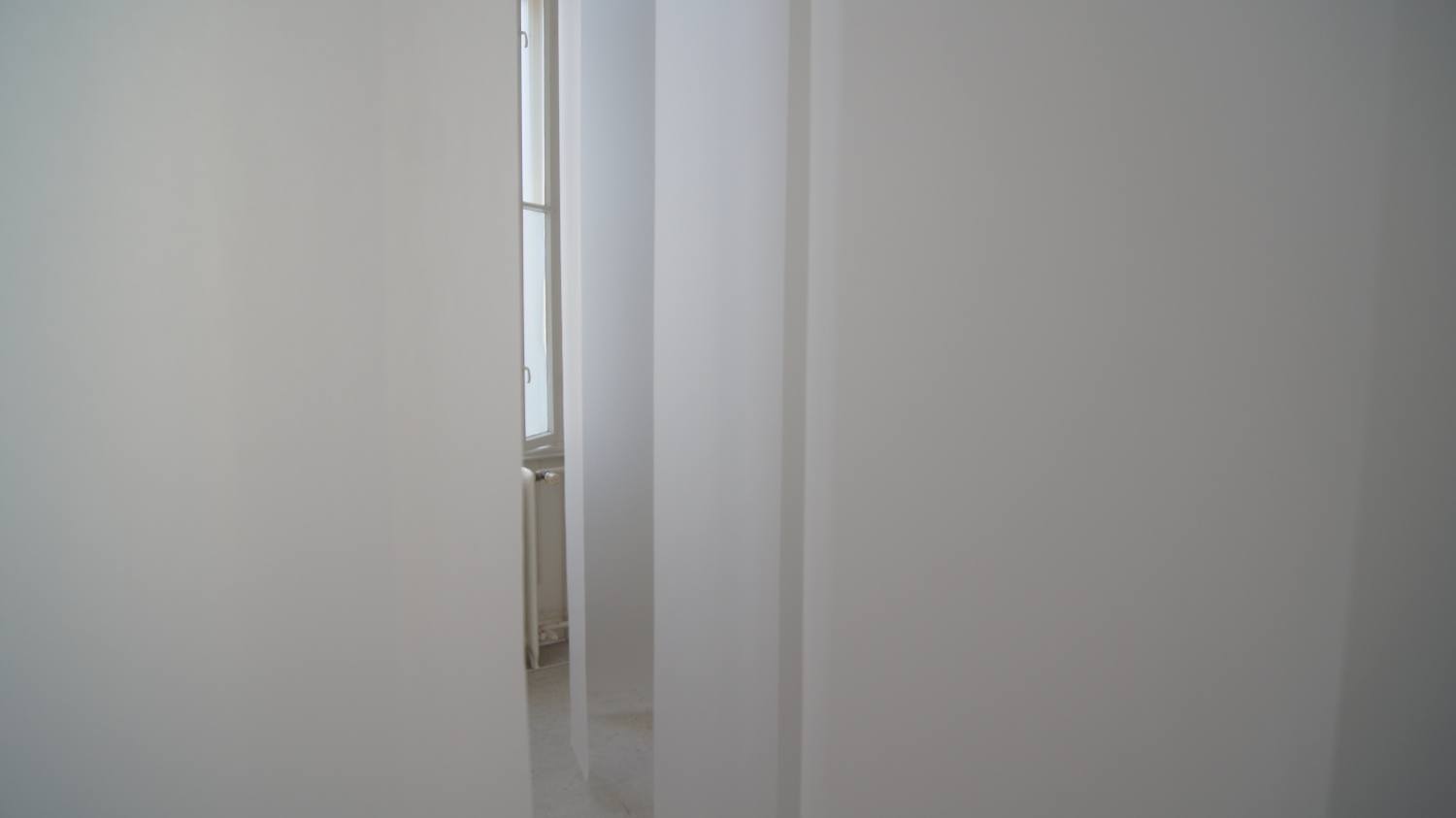 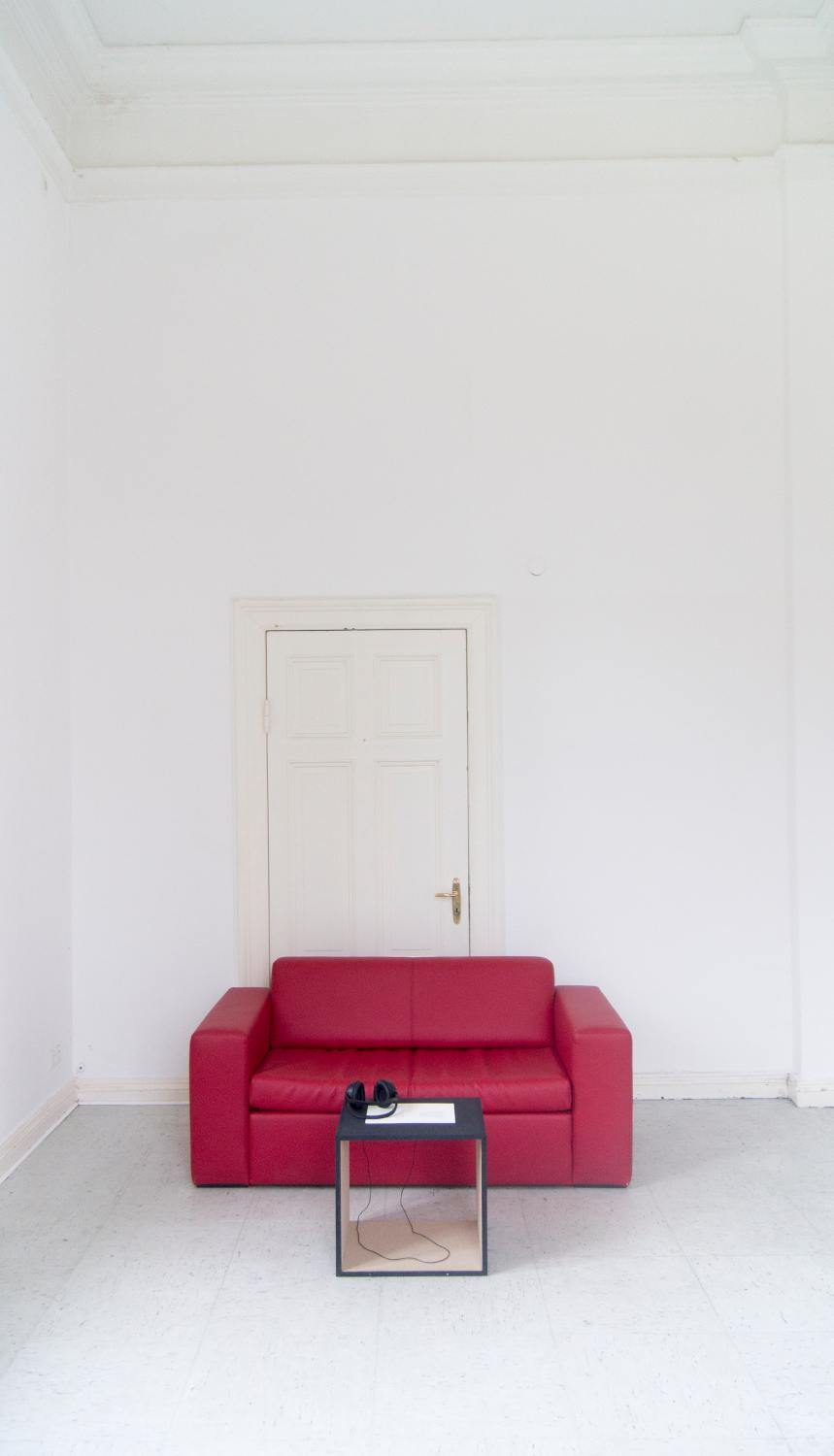 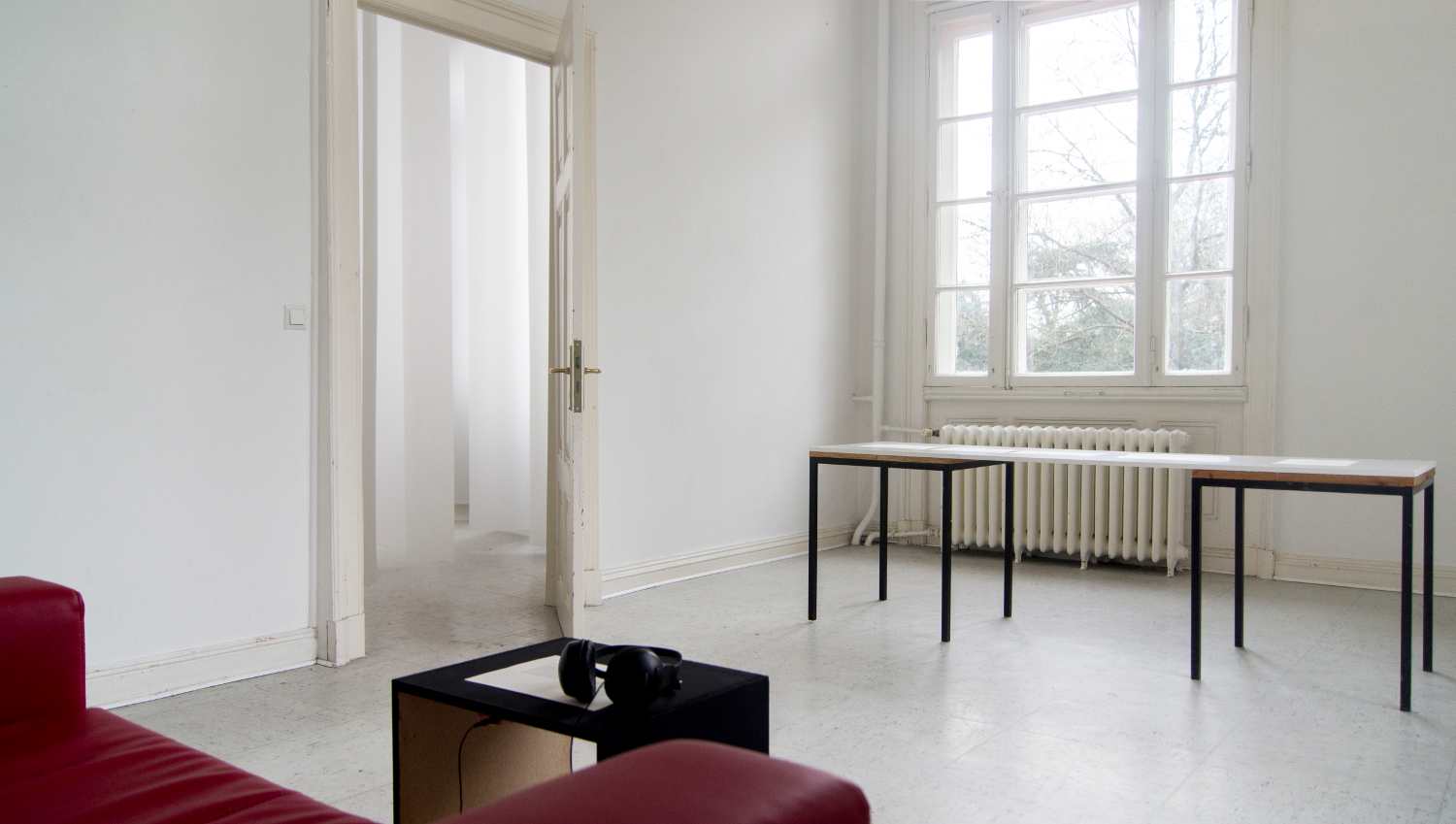 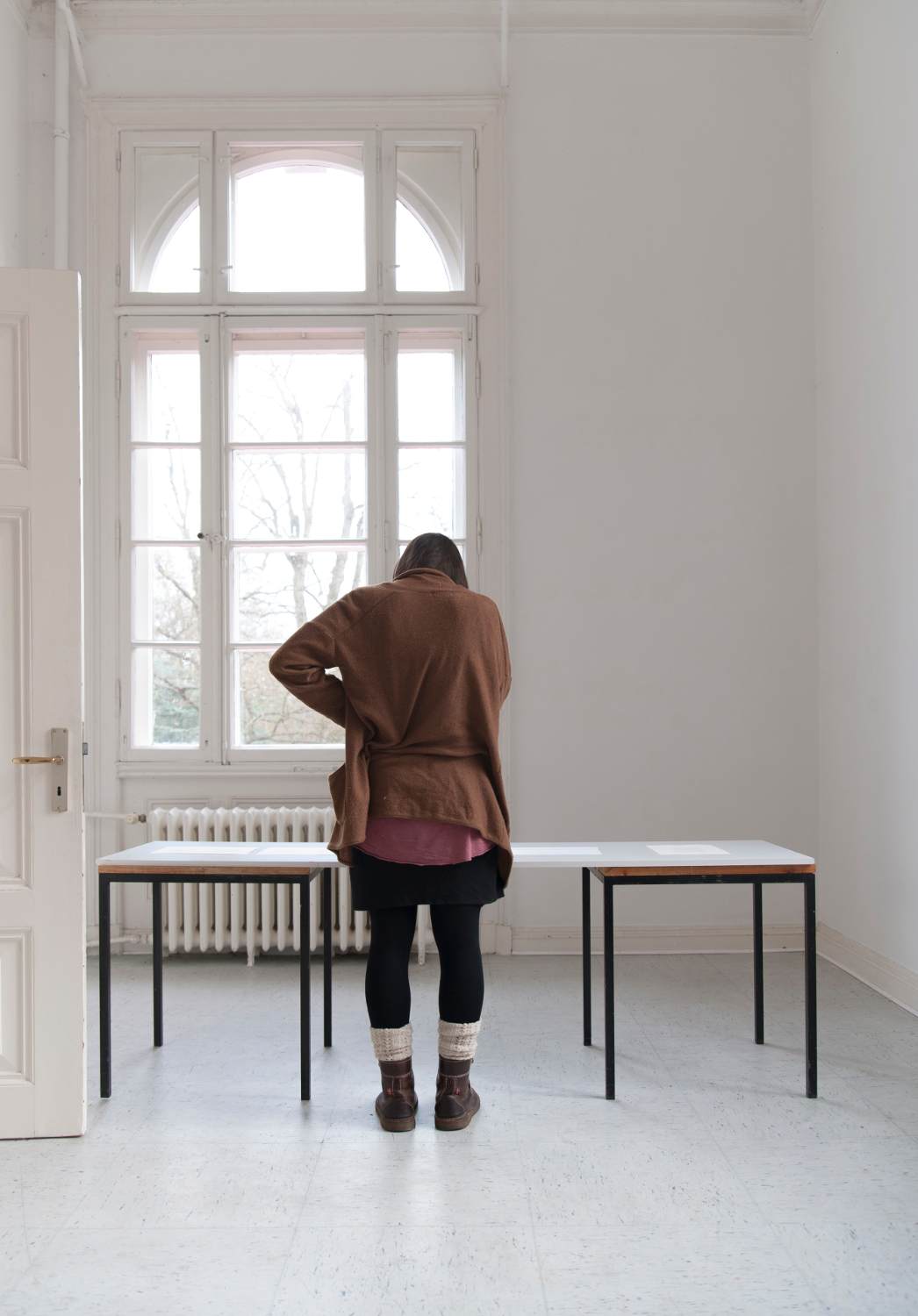 Cuxhaven is a small coastal town and, as such, it is often dipped in the cool whiteness of fog. Distant foghorns are the communicative link between sea and shore, directing ships through this invisibility – a common phenomena in this landscape where borders are blurred. Fog undermines territorial lines and next to its picturesque presence, it harbors the radicalism of being lost completely. Every year anew, visitors walk into the endlessness of the low tide, drawn in by the fog’s thickness but without finding their way back.

It was in this context that the two-room installation Foghorns describe coastal lines was shown as a concluding piece after my 3-month artist residency in 2015. The first, large room (70m²) was filled with 84 sheets of tracing paper attached to the 5m high ceiling reaching just shy of the ground. Visitors could move in the space. The gray-white paper partially sealing them from view. By calling the person’s name, they were able to locate each other. An additional, yet subtle audio track played the sound of foghorns. However, these sounds were not the result of a machine but of a mouth: During the period of my residency I stood in the large room at night, using its echoing acoustics to imitate foghorns. When playing these sounds back into the space, foghorns seemed to emanate from the outside into the room, mixing with the sounds of the nearby harbor.