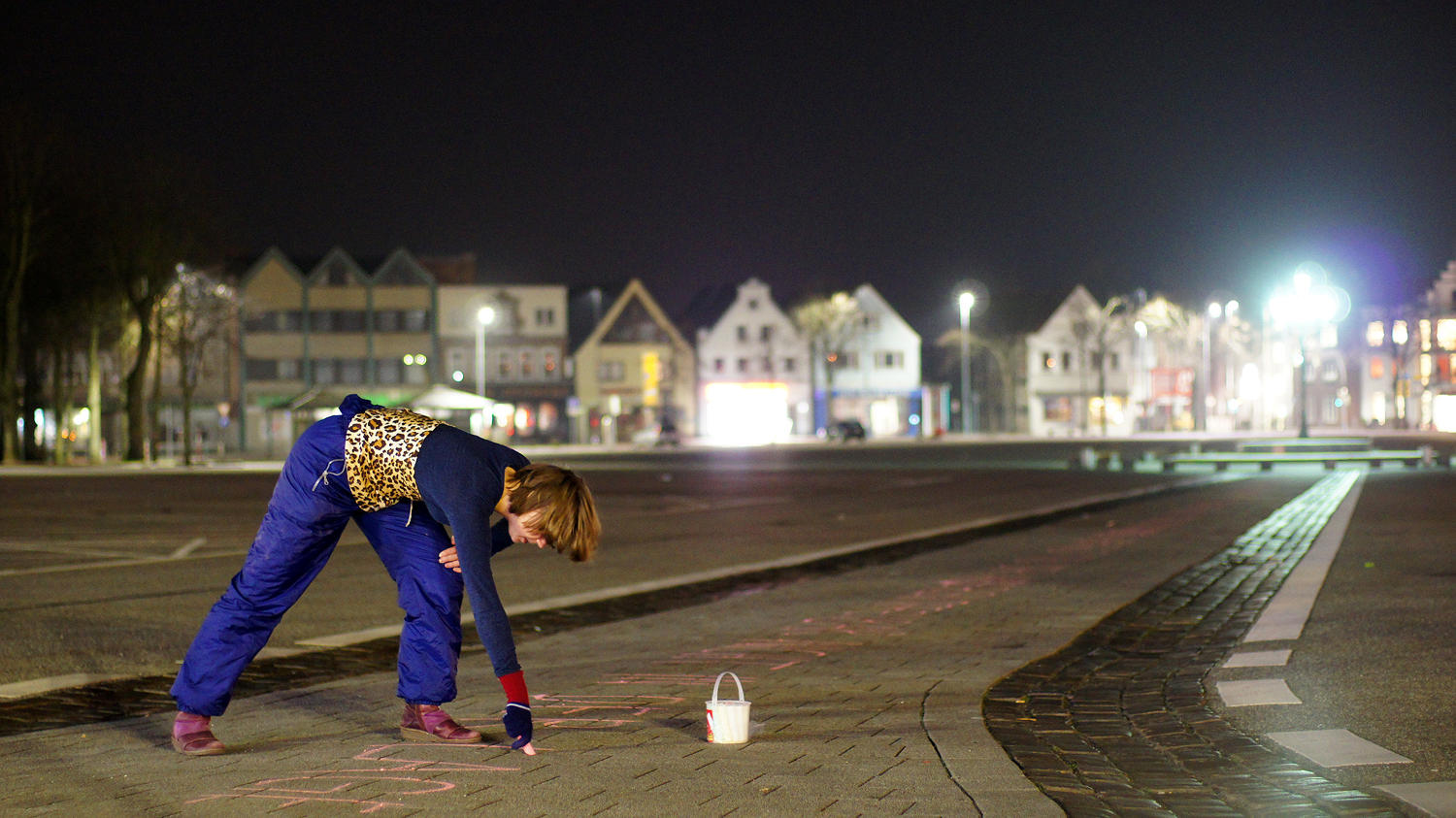 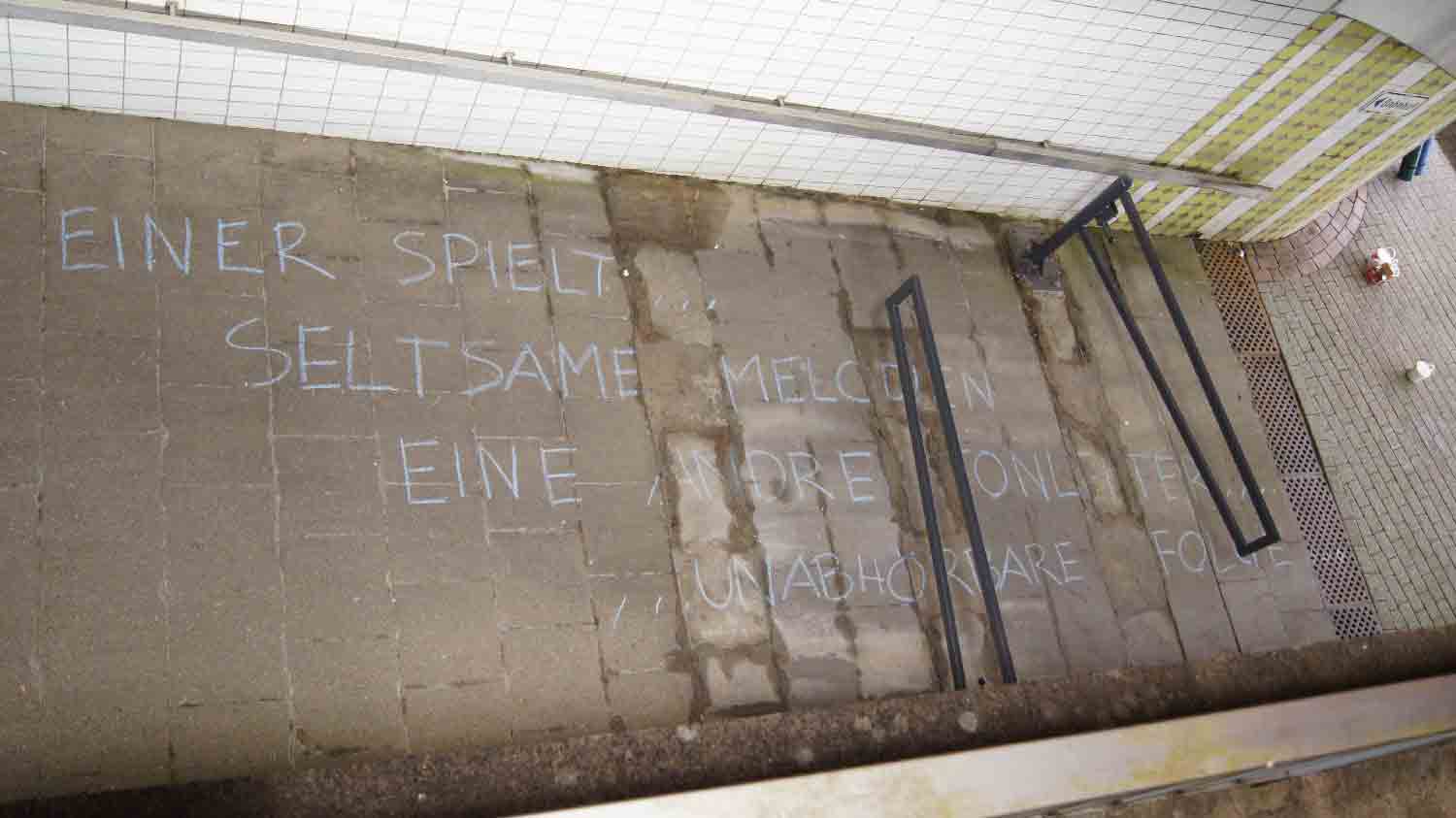 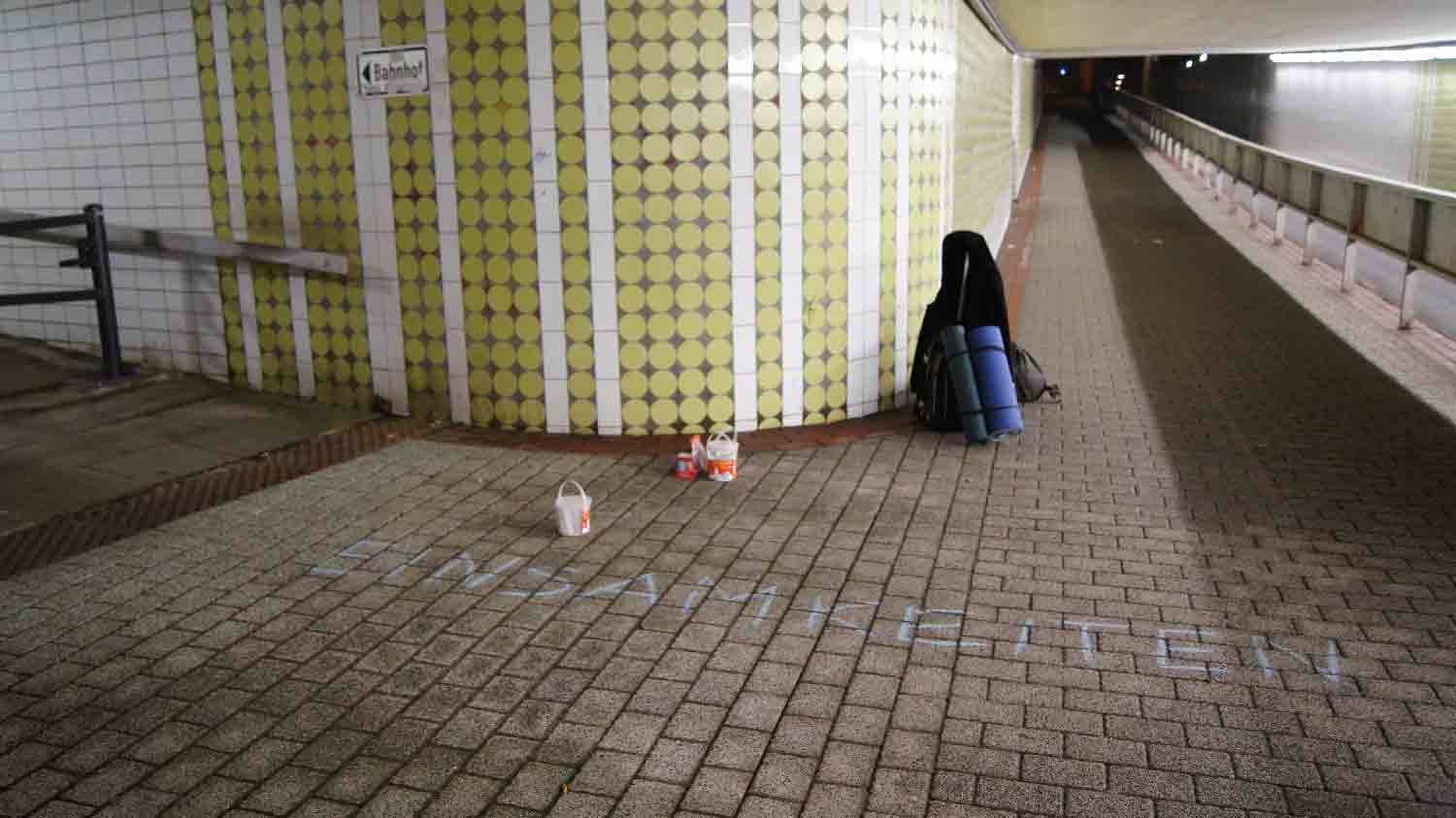 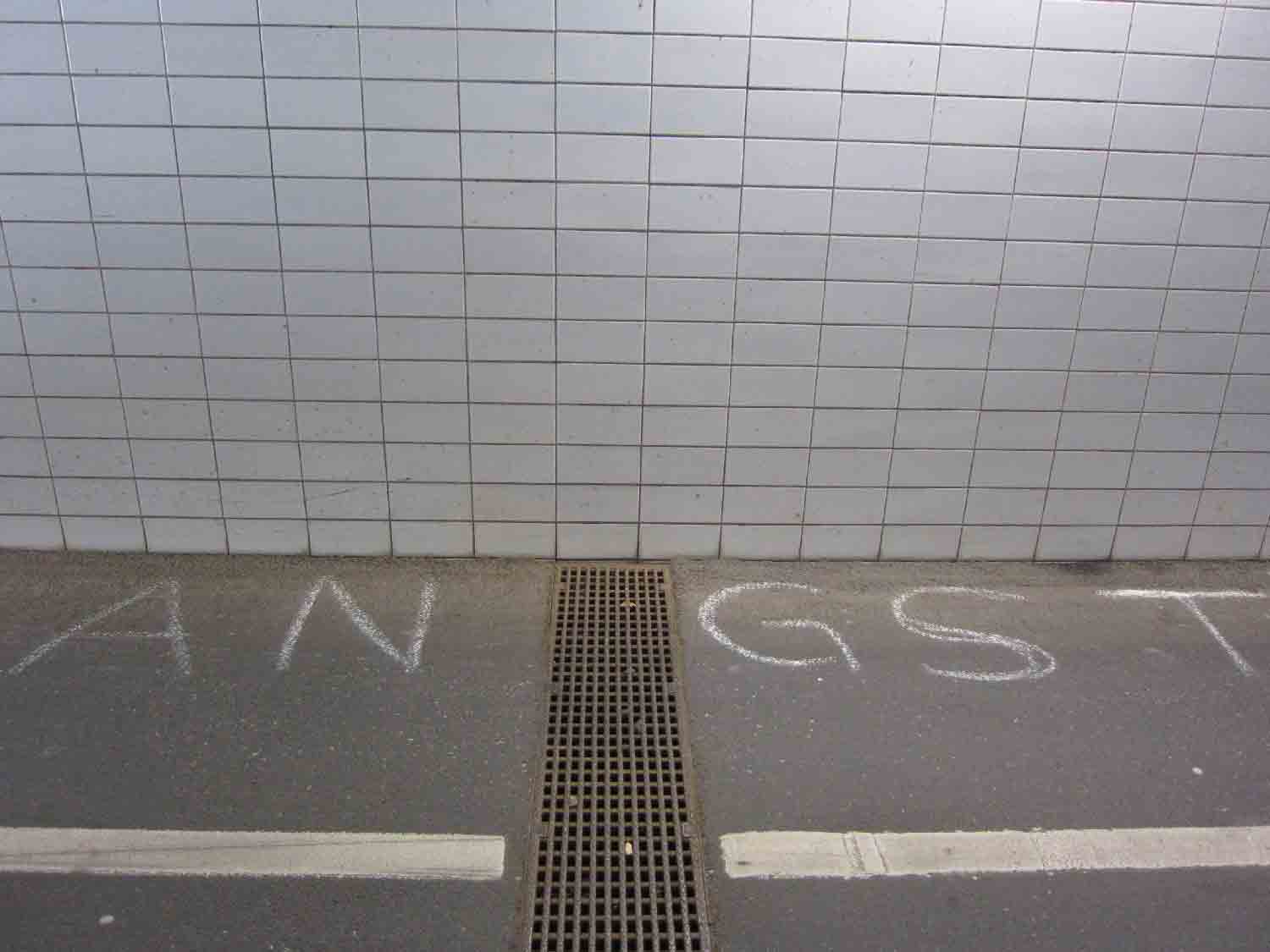 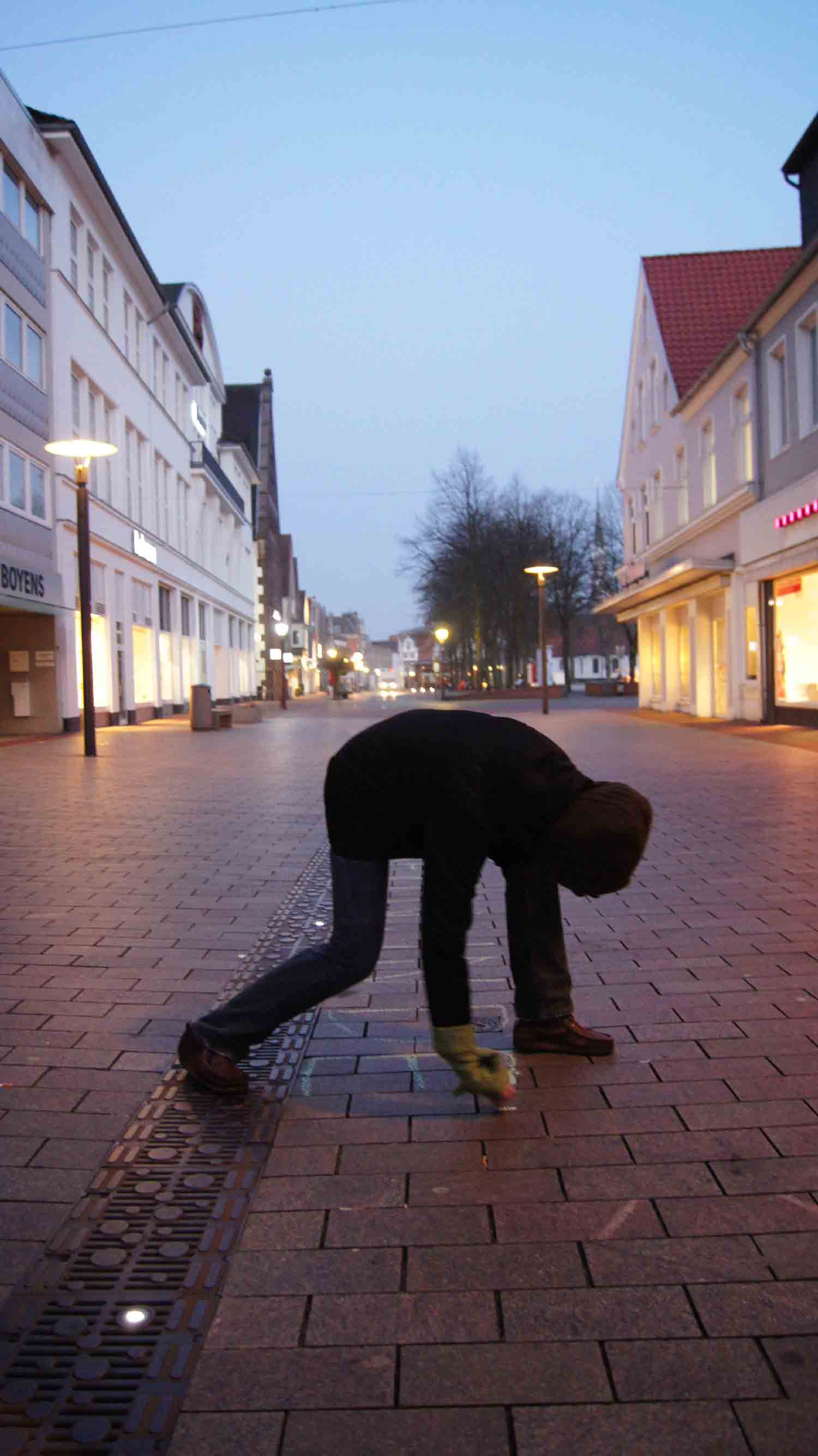 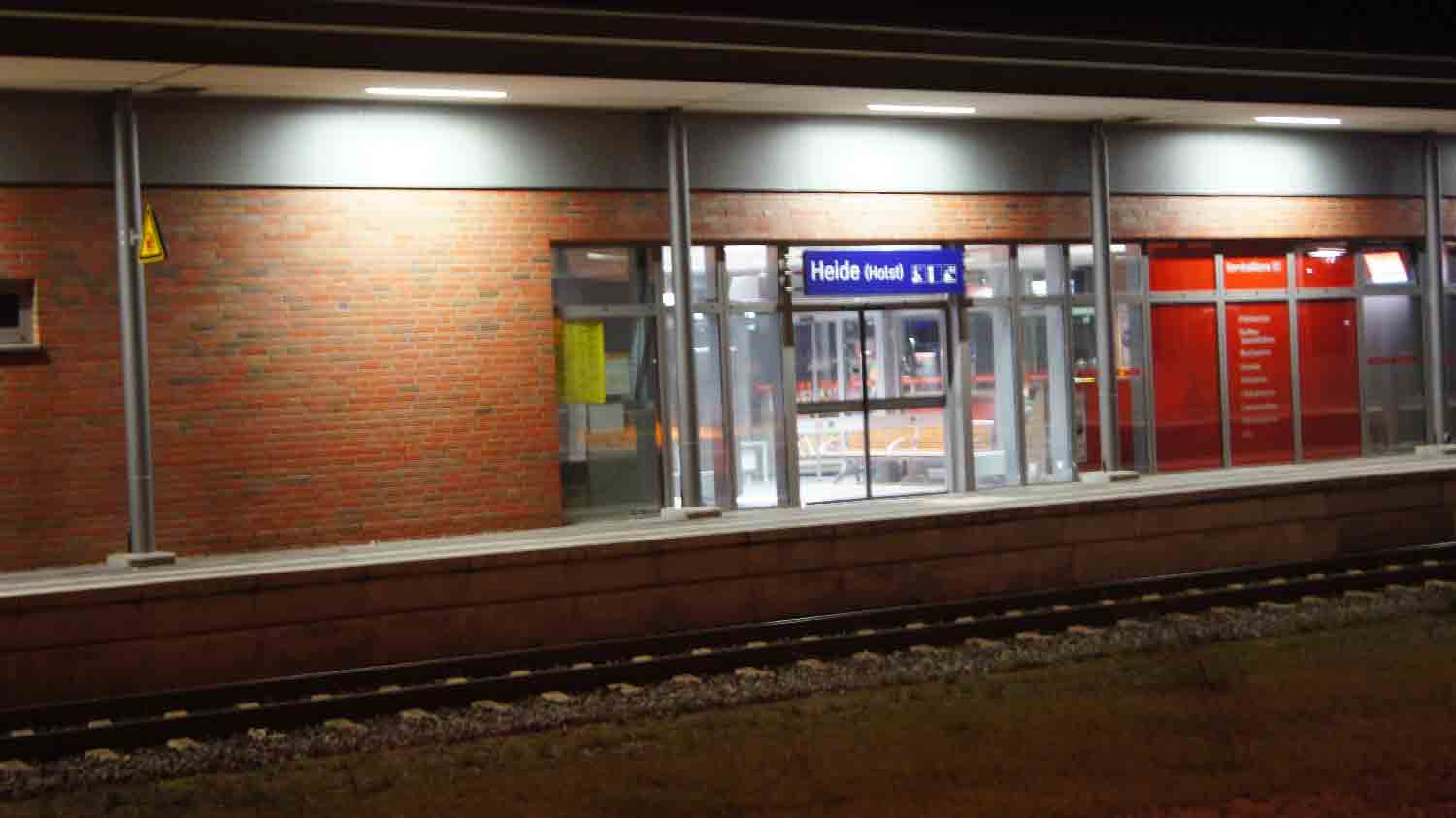 So it came as no surprise when the local newspaper of the small town of Heide called two of its public spaces “fear spaces”: a tunnel connecting the train station with the pedestrian zone and a large marketplace (selling foods and live animals), proudly esteemed as the largest of its kind in Northern Germany. Yet at night, the citizens of Heide feel uncomfortable for the tunnel is tight and confining, and the dark marketplace evokes fear and fast steps (interestingly, tunnels and open spaces are the most frequent fear-related contexts in agoraphobia). It is in this context that a homocide and a series of fires has reignited the debate about Heide’s fear spaces.

In collaboration with the artist Birke Baumann, the night performance *anghu- „eng, bedrängend“ (-> Angst) came to life. We wanted to know where fear resides and booked a train ticket to Heide. After spending some time in Heide, we set out to complete our night performance:

In dark hours, illuminated by street lights, we met passerbys, prostitutes, and  the police. At sunrise, the path between the tunnel and the marketplace was connected with chalk lines: Large letters offered a dictionary definition of fear in the tunnel, the poem on fear by Rainer Maria Rilke, and a text fragment by Edith Seifert in the marketplace saying:

“Animals […] are not capable of it [fear]; they may react to danger by a cry of fear, but they do not communicate with each other, because they are obviously not able to make a distinction between their own world and the world of others”.